In 1991 Terranova helped out on a “Challenge Anneka” TV episode.  The series 3 finale, a “180-foot Bridge”, was filmed in Wadebridge, Cornwall in under 4 days!

This video contains the highlights of that memorable event for us.

Anneka Rice was challenged to help complete a 55m (180ft) pedestrian bridge across the River Camel to join both sides of the town of Wadebridge together.

Before the footbridge was built, pedestrians would have to use Wadebridge’s existing medieval period road bridge, built in 1460.  This bridge is a marvel in itself with its stone construction and 17 arches.  However the bridge carries a lot of traffic creating another problem in the form of pollution and noise for any pedestrians crossing its 100m length.  Residents of the south side of Wadebridge also had a long way to walk to enjoy the playing fields of Elgoshayle on the other side.

Dr Keith Bailey, a major proponent of the new pedestrian bridge, left a sum of money in his will to help build it. However, due to rising costs the scheme was set aside until it was finally built by the Challenge Anneka programme and a group of volunteers.

Anneka had just 4 days to complete the bridge and Terranova helped using our 200 tonne Demag AC 615 crane.  The Demag AC 615 was one of the best cranes of its time. 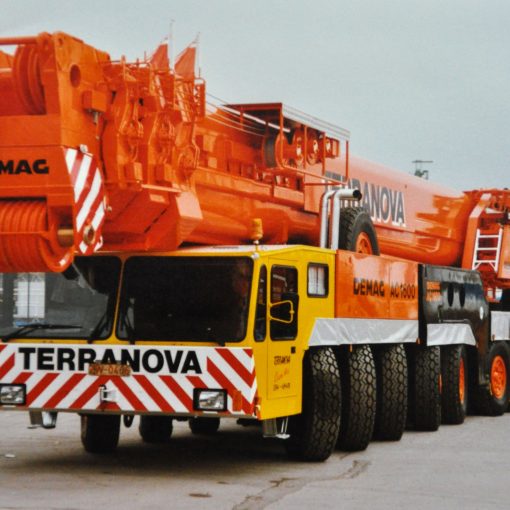 In 1989 Terranova, under Mr Glover Snr, bought the first Demag AC1600 into the UK.  This super heavy lifting crane has a […] 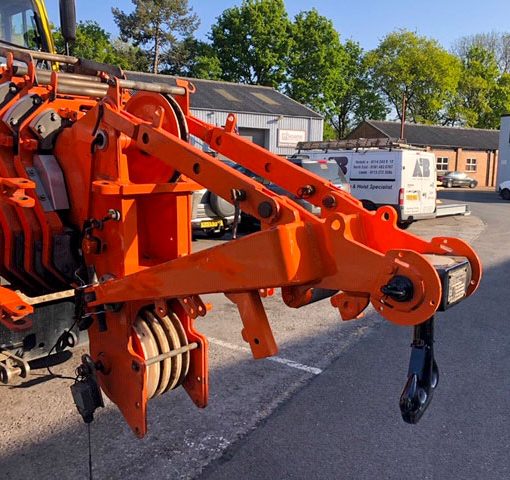 We have a new Demag runner (spinner) attachment we’ve been successfully trialling.  This specially designed runner attaches to the telescopic boom of […]