“This is another exciting step for STFC RAL Space as we expand our existing world-class test facilities to meet increasing demand from the space sector.”

This second test chamber, installed alongside its twin, will be the biggest in the UK and one of the largest in Europe. We were privileged to assist in such an important installation that will help the UK meet the growing demand from the space industry and secure jobs for years to come. With this new chamber STFC RAL Space will be able to win more national and international contracts for bigger and more technologically advanced satellites while also reducing the need for UK companies to use test facilities located abroad.

This special vacuum vessel was manufactured in Spain so it was important to get the job done right and to avoid any risk of damage. Each 24 tonne part had travelled roughly 1,000 miles on its side as an extra wide load. Lifting each part required two cranes so they could be gently rolled over 90 degrees in mid air with pinpoint control. The second part was then precisely manoeuvred into position so both parts could be temporarily joined together and the complete chamber safely moved inside. Once safely out of the elements the installation was successful completed by STFC RAL Space.

The state-of-the-art chamber will be able to simulate the extreme conditions spacecraft have to operate in. It is capable of reaching temperatures ranging from -180 to +120 degrees Celsius while maintaining the vacuum of space.

“This new test chamber puts the UK ahead of the game internationally when it comes to being able to test spacecraft and satellites. We are looking forward to welcoming some of the world’s most exciting space technology to our test facilities” 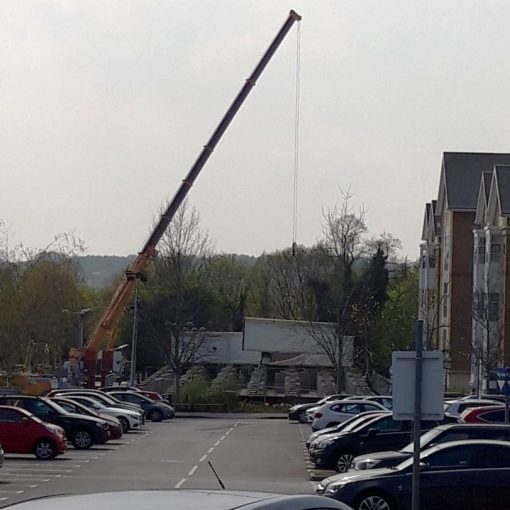 Terranova Cranes have been assisting Barnet NHS hospital in London with the rapid construction of an another emergency ward. Trust Managers hope […]

Despite Covid, February of 2021 has been a very busy month for Terranova. As the month draws to a close, we were […] 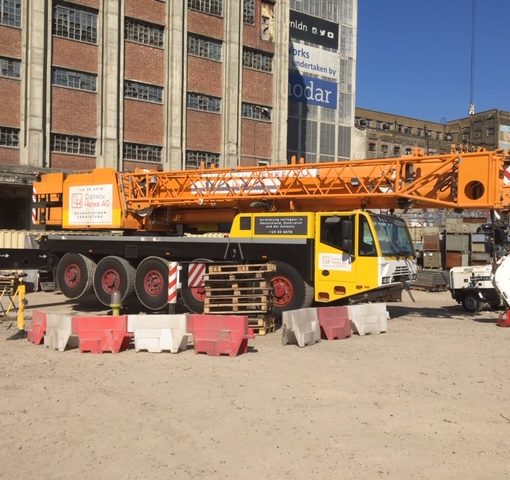 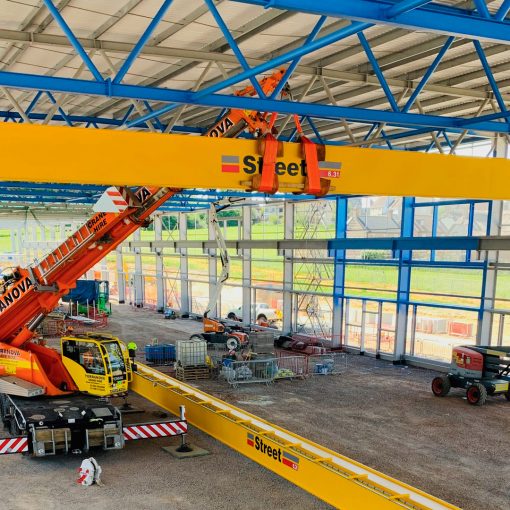 Our newest Demag AC45 was required in Somerset to install a large overhead crane into a building with a low ceiling. Normally […]